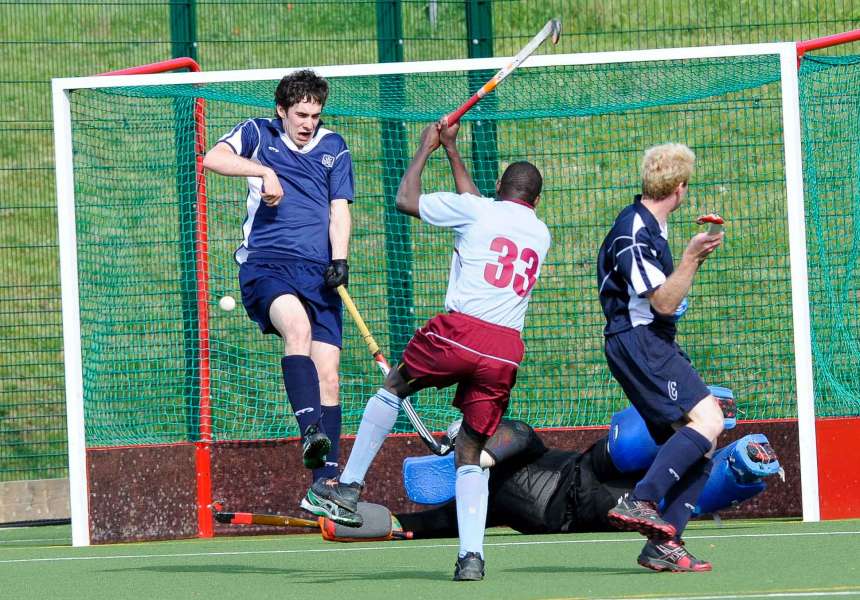 Slough Men produced some dazzling hockey to earn promotion to the South League Premier Two, after a four-year absence, in the playoffs at the Surrey Sports Park, in Guildford.

They had reached the play-offs after finishing second in MBBO Regional 1 and first met Kent Regional Runners-up Sutton Valence whom they beat 7-2 despite being two down after only eight minutes.

Two and a half hours later they faced Barnes, who had won 4-1 against Havant 2nds in an earlier semi-final. This time Slough got off the mark after just 56 seconds before romping to a 6-3 victory.

Both games mirrored the strengths and flaws displayed by Slough this season: a defence prone to leaking goals but redeemed by their attacking style which usually produced enough goals to more than compensate.

Their prolific striker Sumeet Rai, who had scored 22 goals in nine games since making his Slough debut in January, confirmed his prowess with hat-tricks in both games, while skipper Mansoor Ahmed Malik and Fidhelis Kimanzi weighed in at crucial times with two and three strikes respectively. 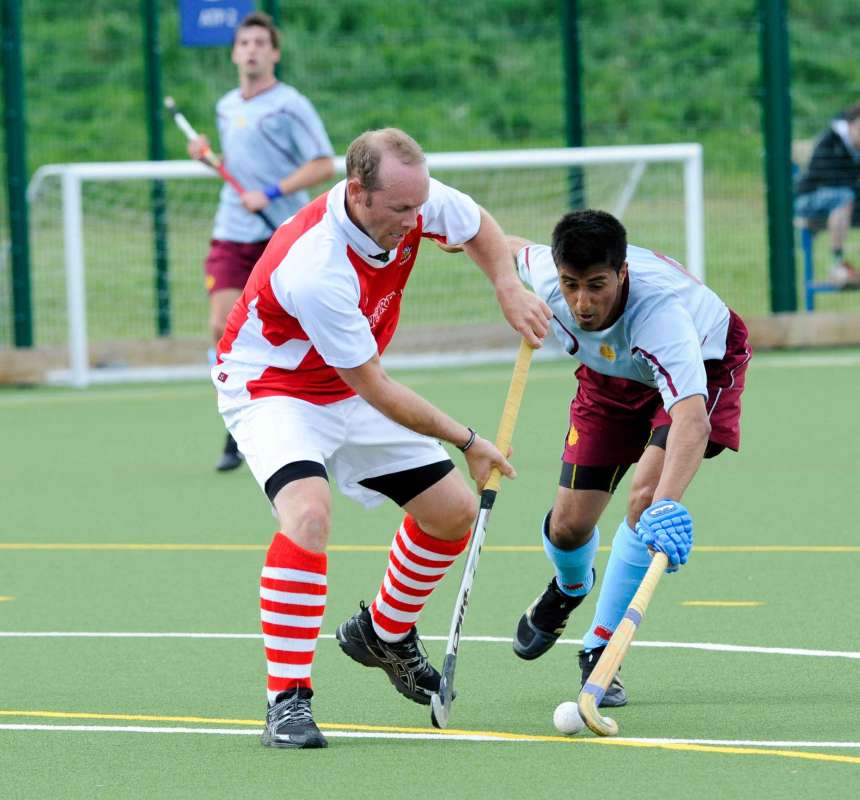 Against Sutton Valence Slough were stunned by conceding two goals in the opening eight minutes but they recovered in the 12th minute when Mo Ali Rahman ran the length of the pitch before slotting home a spectacular effort.

A field goal by Rai and a corner strike from Mansoor, deflected in by a defender, gave them a half-time lead.

Two minutes after the interval Rai bagged his second, firing into the roof of the net at the second attempt from a Mansoor cross, before Dan Masters struck a post with a backhand shot.

A period of Sutton Valence pressure produced no goal and three yellow cards for them did not help as Slough regained the initiative with two goals in a three-minute spell from Kimanzi, with a shot over the keeper, and then a second corner drag-flick by Mansoor. With two minutes to go Rai completed his treble with a fierce drive across the keeper into the far corner.

Against Barnes, who had only three substitutes to Slough's five, Masters got them off the mark inside the first minute, deflecting Mansoor's cross from close range, before Masters missed a good chance by firing wide after a determined run on goal.

Slough keeper Michael Finlay made two stunning saves but was then beaten by Arran Abbott in the 17th minute.

But Kimanzi restored Slough's lead right on the stroke of half-time and scored a second 11 minutes later.

The Barnes keeper made a point blank save followed by an even more spectacular double one before five goals were scored between the 53rd and 63rd minutes.

Rai bagged his hat-trick with Steven Sweet and Sam Fairbairn replying for Barnes, who had played their part in a highly entertaining game.

Images by Peter Savage - more images can be viewed at www.hockeyimages.co.uk